Edit
watch 01:36
We're Getting Mutants in the MCU - The Loop
Do you like this video?
Play Sound
Allison Mack 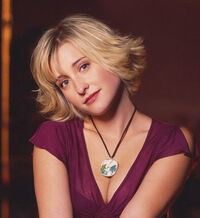 Allison Mack was born in Germany but moved with her family to Long Beach, California, when she was 2. She began acting at 4 with print work and commercials, and has had a long and successful career on the stage, and in film and television.

She is best known for her portrayal of Chloe Sullivan on The WB's Smallville, and she recently directed two episodes of the long running series. Allison has also ventured into producing with the short films Alice & Huck and Blink.[1]