Edit
watch 01:54
Obi-Wan Finale - The Loop
Do you like this video?
Play Sound
Sharon Taylor 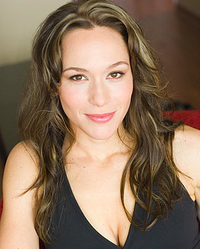 Sharon Taylor received her Bachelor of Fine Arts in theatre from Simon Fraser University, and worked extensively in theatre for many years before making the leap to TV and Film. She is currently best known for her role as Amelia Banks on Stargate: Atlantis and will also be appearing as a recurring character in Season 9 of Smallville.

Sharon has trained in martial arts for over 10 years and has a black belt in kickboxing.[1]